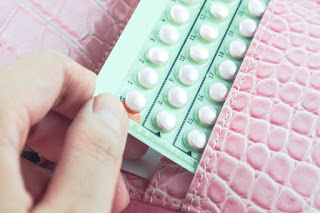 In July, a new birth control pill called Drovelis® will be launched, which contains the so-called Estetrol for the first time. The problem: You don't know how high the drug's risk of thrombosis is.

It is well known that, in addition to the gender pay gap, there is also the gender health gap, which proves that men are mainly used as test subjects when testing new drugs. We are currently seeing the effects this can have on women's health: In July, the new Drovelis® birth control pill will be launched, in which the plant-based estrogen Estetrol is used for the first time. Dr. Ludwig Baumgartner, specializing in gynecology and obstetrics, presented the preparation at a press conference - and, according to spiegel.de, called the active ingredient a "magic substance", among other things. There could be a catch to this spell, however: you don't know how high the risk of thrombosis is with the new pill.

In general, Drovelis® is a so-called combination preparation, in which Estetrol and together with the progestin drospirenone are used. Dr. Baumgartner explained at the press conference: "Estetrol is a physiologically occurring estrogen, but its biological function has not yet been conclusively clarified." However, it is known that the fetal liver produces the hormone itself from the ninth week of pregnancy and that it gets into the mother's circulation via the placenta. The artificially produced Estetrol is said to be "bioidentical" with the natural hormone and is supposed to stabilize the menstrual cycle, which among other things is supposed to prevent unwanted bleeding. The progestin drospirenone, in turn, inhibits ice jumping.

It is also known that combination pills with estrogen and progestin increase the risk of thrombosis in women. Especially from the age of 35 and / or if other factors such as obesity or smoking also play a role. This is especially true for 3rd and 4th generation preparations - older pills such as those of the 2nd generation increase the risk of thrombosis less.

There is no comparison with a similar preparation

But: The studies did not compare the new pill with an already available, similar preparation with a different composition. For example, there is a compound preparation with drospirenone and the estrogen Ethinylestradiol. With this combination, between nine and twelve cases of thrombosis occur in around 10,000 users each year. Dr. Baumgartner said, however, that these data cannot be transferred to the new pill with Estetrol.

Request for a comparative study

In a phase II study there had been indications that blood coagulation in women over the age of 26 can be slightly influenced by the new pill. However, the data are not meaningful; further investigations and, above all, a comparative study are to follow.

What should women watch out for?

As a precaution, women with an increased risk of thrombosis who are thinking of using contraception in the future or switching preparations should not get a prescription for Drovelis® at first. The gynecologist Dr. Katrin Schaudig told the Pharmazeutische Zeitung: "At the moment I am still warning against prescribing the preparation for patients at risk of thrombosis. We have to wait for endpoint data."

By the way: The birth control pill is celebrating its 60th birthday this year. In a new representative survey by the digital insurance manager CLARK on the occasion of the anniversary, one in two women out of a total of 1,004 stated that they were using the pill or that they had used it because there was a lack of alternatives.

FC
Writer and news editor I work on a site Fashion QA .
ShowHideComments
Latest posts from section HEALTHY Written by FC
Follow our website at