Memory like a sieve? 5 tips that will help in the long term 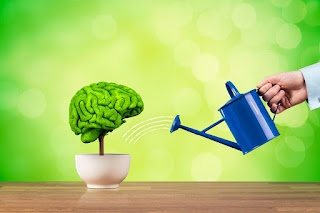 Do you have a memory like a sieve? Then there is good news now: you can improve your memory. We'll show you five practical tips for your memory training!

What did I want to do again? Some people are sure to ask that, even though the thought was still there. Memory performance decreases with age, the gray cells dwindle. Unfortunately, they are responsible for transferring information into long-term memory. If this does not happen, we forget what we have just learned. But: There is a lot that we can do ourselves to train our memory.

Improve memory: This is what defines our memory

Often we mean our long-term memory when we talk about memory. But that is only one part: the ultra-short-term memory (also: sensory memory) only holds our perceptual impressions ready for about a second - what we do not need is deleted again. While the short memory (also: working memory) holds information for a maximum of a few minutes, information that we need in the long term ends up in the long-term memory. This happens, for example, through emotional experiences or through targeted learning. Because: The environment and our genes are responsible for around 30 to 40 percent of our brain performance. And the rest? A matter of practice.

What can I do to improve my memory?

In order for us to increase our cognitive performance, it is unfortunately not enough to solve a Sudoku every now and then. To improve your memory, here are some things to keep in mind:

Sport is not only good for the body, but also in the brain. One reason for this could be that exercise increases blood flow to the brain and stimulates nerve growth. However, it is not yet entirely clear which processes sport triggers. Nevertheless, it is a good memory training and also good for your health .

What trains the memory optimally is to constantly familiarize yourself with new areas. That can also be the case during your professional life, when you get to grips with new aspects, for example by adopting a new program. Learning again may become more difficult and tedious, especially with increasing age. The cognitive psychologist Hans Markowitsch told Spiegel Online that it helps to orientate oneself on what one has already learned - i.e. through associations. This can be a new language, for example, where you can use a language you have already learned and used as an aid.

A point that at first glance has nothing to do with our memory: social interaction. But talking to others on the one hand lifts the mood and on the other hand it is a complex cognitive performance. Perfect to get our gray cells going! Can also be used on the phone or via video telephony ...

Studies have shown that meditation not only improves general well-being, but also improves cognitive skills! Researchers at the Massachusetts General Hospital (USA) found in a small study that a short meditation of 27 minutes a day over a period of eight weeks was enough to, among other things, promotes memory performance. Fadel Zeidan's team at the Wake Forest University School of Medicine (USA) achieved similar results. There the working memory has already improved significantly after four days and 20 minutes of meditation each day!

What actually is dementia?

Dementia is an umbrella term for around 50 different forms. For example, Alzheimer's is the most common form of dementia. What the different forms have in common is that they lead to a long-term loss of mental performance.

But it is not always about the beginning of dementia, around two thirds of dementia sufferers are over 80 years old. Forgetfulness does not mean that you will slowly get dementia. With the strategies mentioned you can even prevent dementia, according to the guide to dementia.

FC
Writer and news editor I work on a site Fashion QA .
ShowHideComments
Latest posts from section LOVE Written by FC
Follow our website at